India, being a diversified country, not only has natural beauties to show off to the rest of the world. But it also has a magnificent man-made architecture that will leave you speechless with its magnificence. India offers a fantastic tourism destination, which includes the world’s tallest statue, “The Statue of Unity“.

It is located at a height of 182 meters (597 feet) in the state of Gujarat, India. It represents Sardar Vallabhbhai Patel (1875–1950), an Indian leader as well as a freedom campaigner. Who served as the first home minister of independent India.

The construction of the statue began in 2014 and finished in 2018. It cost approximately 3,000 crore rupees. The Indian sculptor Ram V. Sutar was the head designer of the statue. Apart from this, the Prime Minister, Narendra Modi, inaugurated the statue on the 143rd anniversary of Patel’s birth on October 31, 2018.

The huge monument stands over the Narmada River. As It is an homage to India ‘from the people of Gujarat’ to the leader who prioritized the welfare of the people. Moreover, you can see the wide environs and river basins of the Narmada River. Also, there is a massive Sardar Sarovar dam, near the Statue of Unity. You can visit the statue by a 300-meter bridge that connects the mainland to the monument.

The Narmada River site not only provides you with the Statue of Unity. But it also includes many more places that you would like to see with the Best holiday packages.

You can see a laser light and sound show which is available on the Statue of Unity every evening except Monday. The colorful laser lighting system will narrate to you the contribution of Sardar Patel’s life and to the Independence Movement and India’s union as one nation.

After Bhakra (226 meters) in Himachal Pradesh and Lakhwar (192 meters) in Uttar Pradesh, the Sardar Sarovar Dam is India’s third tallest concrete dam (163 meters). This dam is the second-largest in the world in terms of the concrete volume used in gravity dams. It has an aggregate volume of 6.82 million cubic meters.

As part of an eco-tourism initiative, Gujarat State Forest Development Corporation Ltd. (GSFDC) has launched a boat ride at Dyke-3, also known as Panchmuli Lake, near Kevadia. With the best tour packages, Here you can find the boating facility as well.

The Cactus Garden is a one-of-a-kind botanical garden at the Statue of Unity, designed to showcase a wide range of cacti and succulents. There are 6 lakh plants representing 450 species dispersed throughout 25 acres of open ground and 836 square meters inside the dome. No wonder you won’t be able to find this anywhere but with the best tour packages, you can see the variety of cactus here.

Ekta Nursery is built near the Statue of Harmony in order to fulfill the Hon’ble Prime Minister’s goal of tourists returning with seedlings as a symbol of unity. 0.3 million of the one million plants projected are ready to sell, with the other 0.7 million anticipated to be ready soon.

Children Nutrition Park is a one-of-a-kind theme park created as part of the Kevadia Integrated Development. It was envisioned and inspired by the Hon’ble Prime Minister of India, Shri Narendra Modi. On the topic of “SAHI POSHAN DESH ROSHAN,” it gives high-quality entertainment as well as important information to youngsters about good eating habits and nutritional benefits.

A model of the rare dinosaur with its characteristic horn has been built and shown for tourists. The production is 75 feet in length and 25 feet in height. It is almost three times the estimated original dimensions. This gives tourists a view into the evolution of the world and humans. As well, It raises public awareness of the area’s rich old flora and wildlife.

If you want to see a zoological park with a unique variety of indigenous and exotic animals and birds from diverse biogeographic areas of the world, you can see it at Kevadia. This zoo will take you on a thrilling and adventurous journey of wildlife viewing, panoramic splendor of the hills, and once-in-a-lifetime encounters.

Vishwa Van is a Global Forest with beautiful natural aesthetics. You can see a variety of herbs, shrubs, and trees native to all seven continents at Vishwa Van. It is illustrating the underlying idea of ‘Unity in Bio-diversity in a Global Context’. In the framework of all life forms in the world. Vishwa Van represents the life-sustaining essence of trees. You can get to know more about this beautiful Vishwa Van by visiting there with the latest tour packages.

Along with the stunning monument, you can visit all these sites with affordable tour packages. Though the monument is open all year. The best time to visit the Statue of Unity is during the colder months of October through February. 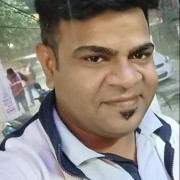 The Digital Marketing Trends You Must Not Ignore in 2022