With many websites today, it has become possible for every crypto enthusiast to explore the altcoin latest news and know about the price status of all the alternate coins including Ethereum, Litecoin, Avalanche, Polkadot, Solana, or any other. A lot much has been discussed about Bitcoin among experts and crypto enthusiasts. Now even DBS CEO Piyush Gupta believes that cryptocurrency does have the potential to be a substitute for the yellow metal, gold. The chief executive officer of DBS, the largest bank in Southeast Asia, does not support the idea of crypto regulation out of the traditional banking structure. Let us know more about it further.

Piyush Gupta is a chief executive officer of Southeast Asia’s largest bank DBS Limited. DBS stands for The Development Bank of Singapore. In terms of assets, it is known to be the largest bank in Singapore. During a recent business event, he raised the matter of cryptocurrency and its regulation. According to him, cryptocurrencies cannot turn to become money but can become a substitute for yellow metal, gold, and its value.

He further made a point about the major factor that cryptocurrencies face, which is volatility in their value. Anyone who wants to make payment with them to purchase any item, might not be having an idea about what it is costing for him/her. In the current scenario, cryptocurrency has emerged as a worthy source for the estimated value. It is not likely, that we all are aware of the fact that this is a source of money.

The DBS CEO Piyush Gupta also expressed his views about welcoming cryptocurrency into the regulated space by the central banks worldwide. According to him, by keeping cryptocurrency out of the regulation from the traditional banking system, and pushing it towards an uncontrolled space, then there is no way out of creating any guard rails.

No one can figure out who is the owner of private money, and this brings its vulnerability in falling into wrong hands. And this is what hits the most to RBI governor. The executive also added that many financial systems worldwide have faltered issues related to Anti-money laundering (AML) and Know Your Customer (KYC) concerning crypto.

CBDC facing its own challenge

The CEO of DBS also mentioned about CBDC (Central Bank Digital Currency). He said it comes with its own challenges. When a person goes straight So a direct account is opened in the central bank by all the citizens. And it isolates the CBDC directly to the front. This becomes its drawback, as a result of which the middlemen (traditional banking system) will be removed. And the goods and services will be offered directly at the front. So, you go along with the process of credit building. And put the responsibility of the central bank on themselves and that’s something they don’t want.

For quite some time, DBS Limited has been active in providing cryptocurrency services to some of its customers. Two years ago in December, this largest Singaporean bank introduced a full-service cryptocurrency exchange. Since that time, the bank has witnessed massive positive growth in its business. In February, DBS came up with a plan to bring crypto trading for retail investors.

So now Piyush Gupta, the DBS CEO has also seemed to be joining the crypto supporters brigade. He does acknowledge the potential of cryptocurrency calling it the alternative to the precious yellow metal, gold. Log on to Cryptoknowmics to explore more such news updates and new ongoing developments that are taking place in the world. Also, keep following the altcoin latest news to trace the latest prices of altcoins including Ethereum, Solana, Monero, Dogecoin, Shiba Inu, Polkadot, Avalanche, and other lesser-known crypto coins. 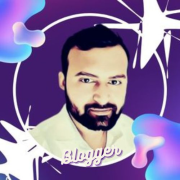 How can you get Cheap Traveling?

What Key Qualities Of Stainless Steel You Should Demand in Your Next Cooking Process?