Every year there is a significant rise in the number of missing cases of women, men, and children in India. Police stations are flooded with such cases of missing every year. It becomes a very disturbing and saddening situation for the family members. It takes a lot of stress, anxiety, and mental and emotional trauma while dealing with such situations.

India has witnessed a large number of such impending cases in the last few decades.

Other countries are also not far behind. Every year in the UK, around 250,000 cases of missing persons are reported to the police. Over 305,000 people were reported missing in Australia from 2008 to 2015. A total of 60,582 missing children in 2007 were in Ireland. This is a common dilemma that countries face on a world level.

What are the reasons for anyone going missing?

There can be a varied number of reasons behind missing persons such as forced marriage, child labor, domestic help, sexual exploitation, mental illness, miscommunication, misadventure, domestic violence, being a victim of crime, or sneaking from police.

Kidnaping: one of the major reasons to worry is a criminal attack on people. People are kidnapped for any reason such as any personal grudge, conflict, or killed for any agenda.

Mental Illness: there are instances of old people or diseased people getting missing.

Domestic Violence: Abuse in marriage usually tends the spouse to take any action if the situation gets worse. there are cases where victims of abusive marriage are found missing.

Criminal acts: people convicted of criminal activity tends to elope during any investigation. They have a risk of getting caught so they go missing. Children involved in drugs case usually go missing.

Missing cases of our loved ones, family members, and close relatives can really make anyone suffer emotionally. Only they can feel the pain of someone losing like this.

Human trafficking is one of the major upcoming reasons for a person going missing.

What steps to take if your known gets missing

What causes people to Hire a Private Detective?

Not getting a timely solution: Delays in finding a missing person can create a tough situation for families. Families out of frustrations and stress hire private detective to dig into the matter and find a solution. In case of kidnapping and blackmailing: Here, safety becomes the main concern of the family of the missing person. No one would ever want to risk the life of their loved ones. So, they tend to hire Detective Agency in Delhi for that matter. Private investigations tend to provide a safer and quicker solution.

Mental trauma: getting our loved one missing has a lot of misery and distress. 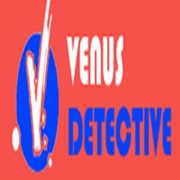 How To Clean Your Rug: A Step-by-Step Process