Blockchain technology has become quite an eventual element over the years and has the potential to disrupt the majority of industries around the world. Popularly known as a technology that can store and manage information/data in an immutable, transparent and decentralized ledger, blockchain tech delivers businesses a scope to achieve high levels of precision, efficiency and most importantly security(documents identity theft).

Now, all of these elements are very much essential for the legal industry. Documentations and contracts that are created in this field are prone to documents identity theft or encounter major security threats. But what if blockchain’s unique attributes actually proves to eliminate these issues and also make other legal tasks efficient.

Well, we are here to discuss some of the possible improvements that blockchain can make in the legal industry. Keep reading till the end to learn if blockchain use is ideal for this particular industry.

Litigation is basically legal proceedings that are initiated between two parties to defend or prosecute a legal right. A lot of litigations are settled by an agreement in-between the parties before they even reach the court.

Now litigation in general is a very time-consuming process as it involves many activities before, during and after imposing a lawsuit. Not just that, there are several other issues that can fall in case of litigation and settlement such as banking transactions or frauds, regulatory mechanisms and others.

Moving the litigation and settlement process to the blockchain platform can not only reduce the time involved in completing them but also bring more transparency to the activities that are involved in it.

The legal contracts and contractual agreements in general have always been the same. Even today, the contracts are the same that are maintained in paper-based documents and written with physical signatures. The chances of security breach while sharing these contracts is extremely high.

A secure file sharing blockchain platform can prevent frauds or leaks. However, the use of smart contracts instead of paper-based contractual documents can change the whole game. The manual proceedings of legal documentations and contracts are vulnerable to error.

But smart contracts enable automation to the process by executing the contractual terms based on specific requirements being met with. This not just brings more sophistication to the entire process but also reduces the cost and friction of developing and securing legal agreements.

Proper documentation and the ability to verify the findings of a case is crucial for any legal proceedings. Especially when the duration of a case can last for several years as well.

Evidence and documents compiled at the beginning of a case may come as crucial pieces of evidence in the later stages of the proceedings. The chain of custody if not documented properly and consistently, then keeping a track of them becomes impossible for the attorney.

Blockchain technology can prove to be an exemplary solution that can maintain transparency and traceability as the documents saved are not just timestapped but are stored chronologically as well.

The integration of document security QR code, further adds value to the chain of custody documentation as the relevant parties can authenticate the documents easily with just a simple scan. 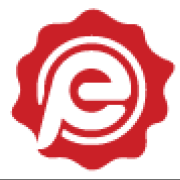 ProofEasy provides cutting edge document veriﬁcation platform that aims to eliminate document forgeries, frauds and counterfeits. With this platform, we change the way proof of authentication is validated. ProofEasy removes the bottleneck in fraud prevention by eliminating the need for third-party verification.

How many types of cooking paste are available in India?